Skip to content
Members Login
“I wish I could get into property development but I don’t know where to begin (or if I even can!)”

The overwhelm is real. Sadly, that’s why most people never start… which means they stay right where they are.
If you’re reading this, chances are you haven’t started either because you:

Hold up. Stop for a moment and think back on your life. There are plenty of times where you had no idea where to start. But you still learned how. That means you can do the same thing with property development.

Like our founder Ali Rihani, who went from overworked tradie to a multimillion-dollar portfolio in 5 years, you just need to take action. Because it’s only by taking that first step you start to build the Momentum you need to succeed.

Learn our proven system for profitable property development, your way.

You’ll learn everything you need to succeed in property development. And you’ll fit it in around your busy schedule because the course materials and community are available online and when you need them.

Most importantly, you’ll ditch that thing that’s holding you back – not knowing where to start – because you’re ready to take action and make s**t happen.

The possibilities are endless if you know what you are doing in property investment like Ai Rihani. Definitely worth speaking to you.

Love your work Ali… you’re truly special. Thanks again for steering us to the right direction. Your passion to help others is 2nd to none, not to mention the knowledge and experience that comes with it.

It’s such a privilege to work alongside you Ali. I appreciate you. Your patience, knowledge and experience are making all of this possible.

Your passion for what you do is second to none…and love your genuine passion and care for people. Fantastic work Ali Rihani.

Great customer service experience. Ali was so easy to talk to and provided very informative and useful information.
I would definitely recommend Housworx as your go to for all your training and developing needs. Christine Refaat

It’s a strategy our founder Ali Rihani has used and refined on all of his successful projects. And it’s the same strategy that took him from sparkie to a full-time developer with a multimillion-dollar portfolio.

Low-risk, small-scale, high-end is also the approach that’s achievable for everyday Aussies like you. Here’s what it means:

Hold up… what if an online course isn’t your style?

Everyone learns differently. That’s why at Hausworx Academy we offer 2 other options:

Invest, learn and earn on a live property development project

But if you like doing things your way and learning online is your style, keep reading…

It all starts with a sparkie from south-western Sydney. With a young family, Ali Rihani knew he didn’t want to keep working stupid hours. He wanted to get off the tools and had had enough.

Ali felt like he was forcing himself to get out of bed every day, like he was stuck. And on top of that, he and his wife had financial issues, relationship issues and major health issues. It felt like the time for change was never ‘right.

Then one day Ali made a big decision: he decided to stop whingeing and just get started.

He started asking questions of friends, family and pretty much anyone he could find who knew about property development. And all those hours and coffee catch-ups were worth it, because he figured out how to take the first steps.

It wasn’t easy for him. Despite the advice Ali got, he had to learn the hard way, wasting tens of thousands of dollars and countless hours when things went wrong on his projects. Like many people, he also had times where he doubted himself, so he dedicated time to work on his mindset. Most importantly, he didn’t give in or give up.

Through trial, error, determination and just taking that first step, Ali got off the tools. He’s now an full-time developer and founder of Hausworx Academy.
Ali’s passion is helping everyday Aussies like you by showing you what’s possible… that you don’t have to stay stuck and there’s always a choice for a new, better pathway.

It all starts with making a decision and taking action, and that’s what Momentum is designed to do.

Here’s a sample of what Ali (our Hausworx Academy Founder) has achieved using what you’ll learn in Momentum: 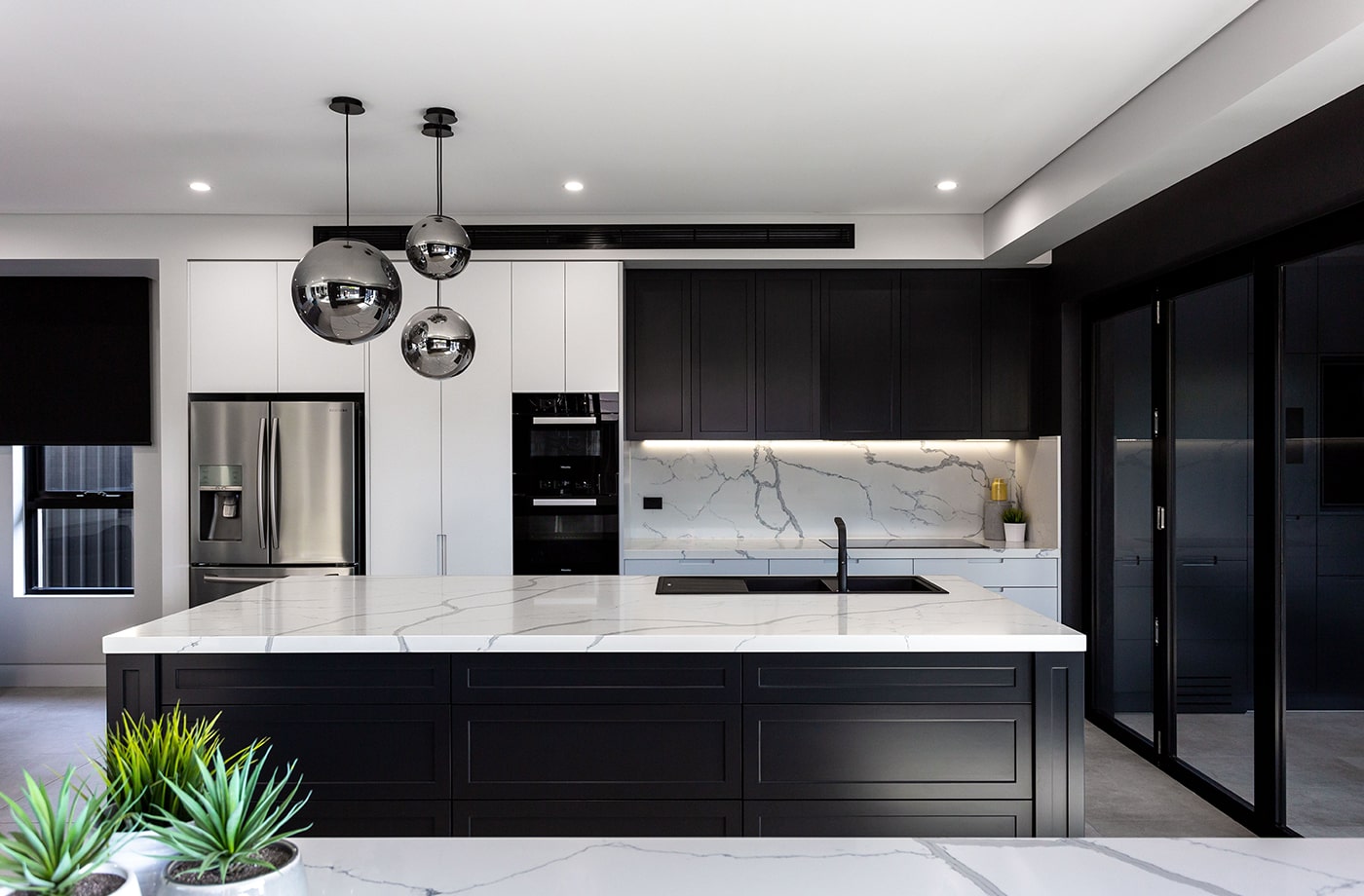 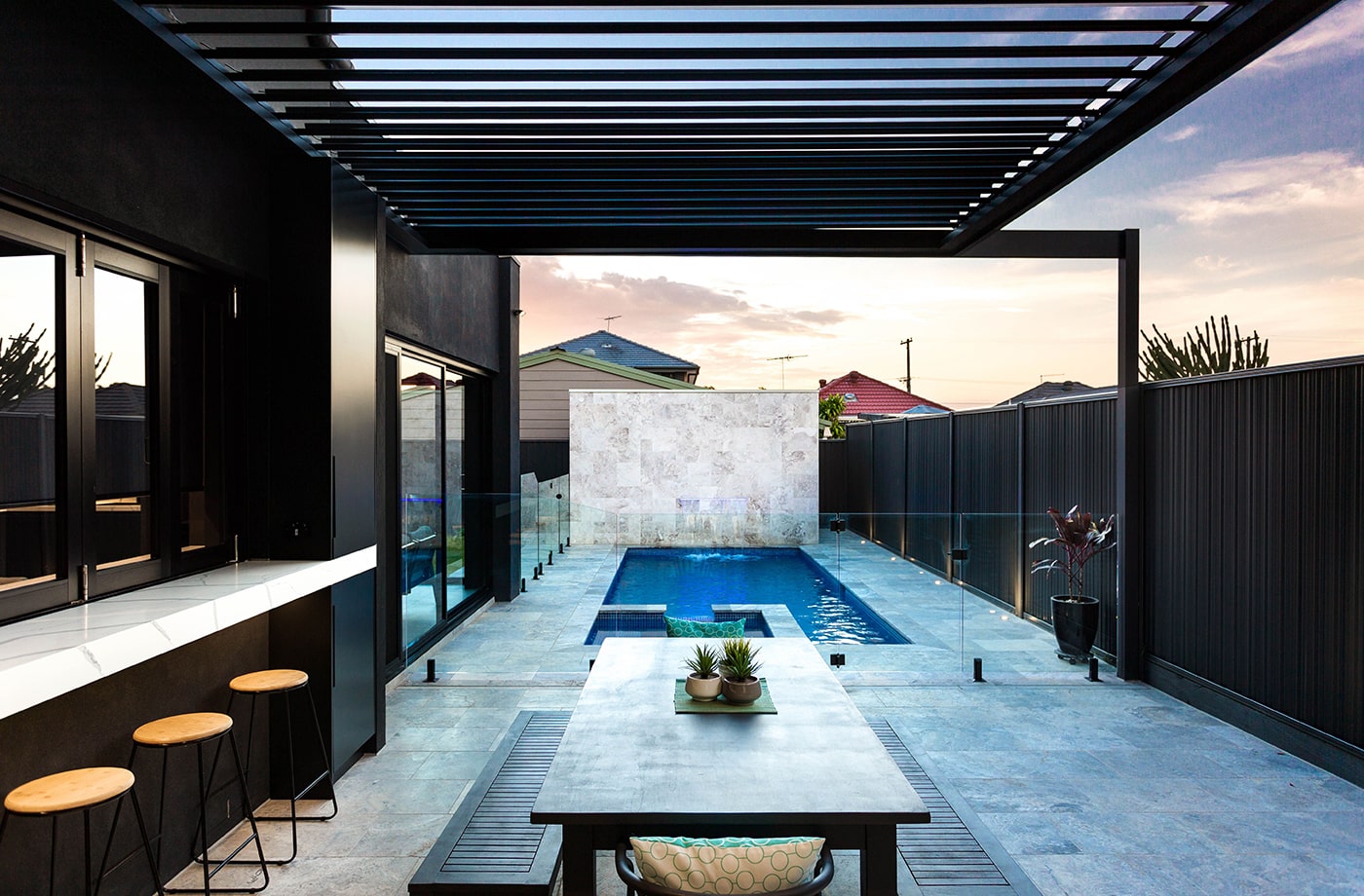 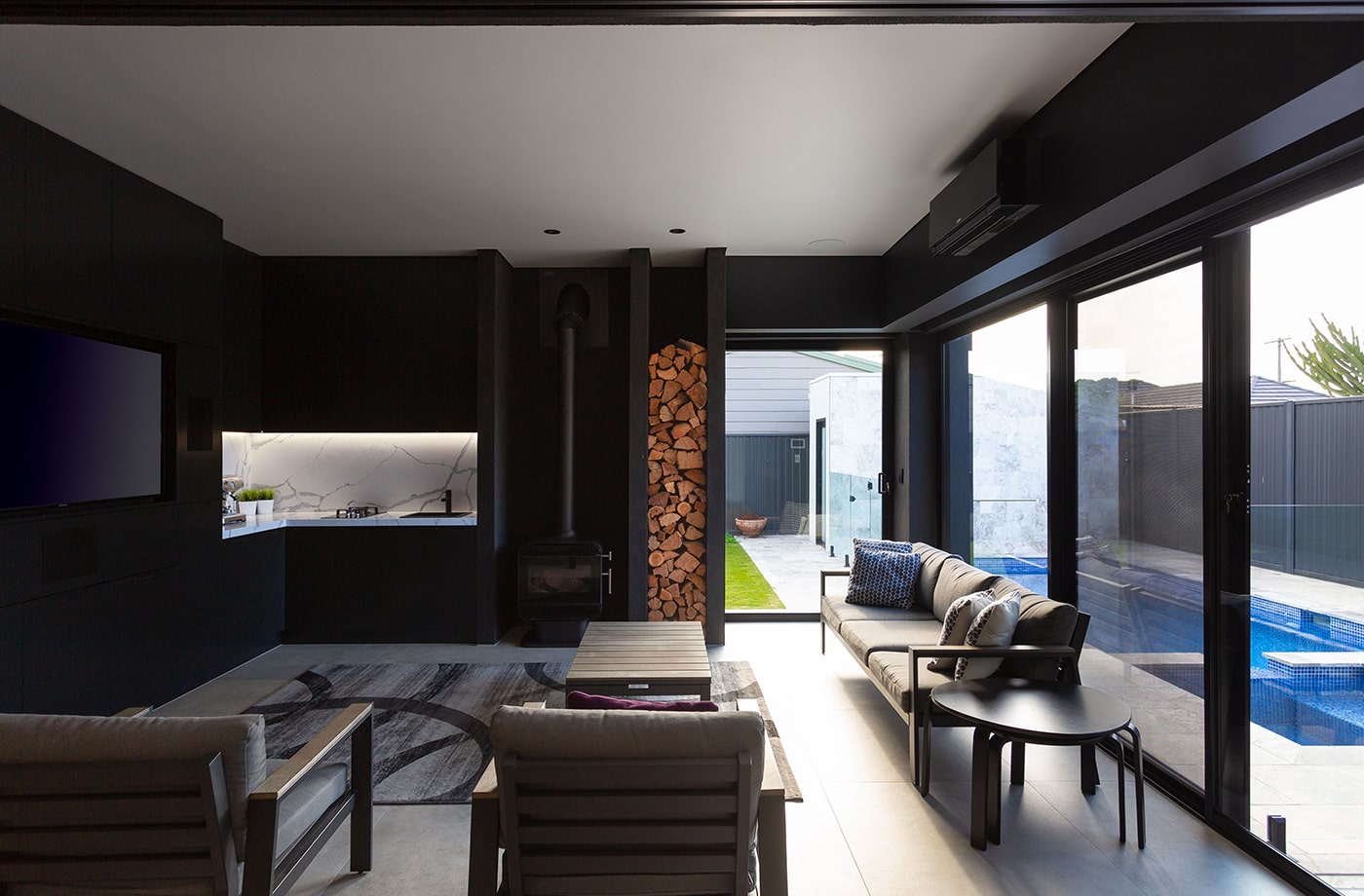 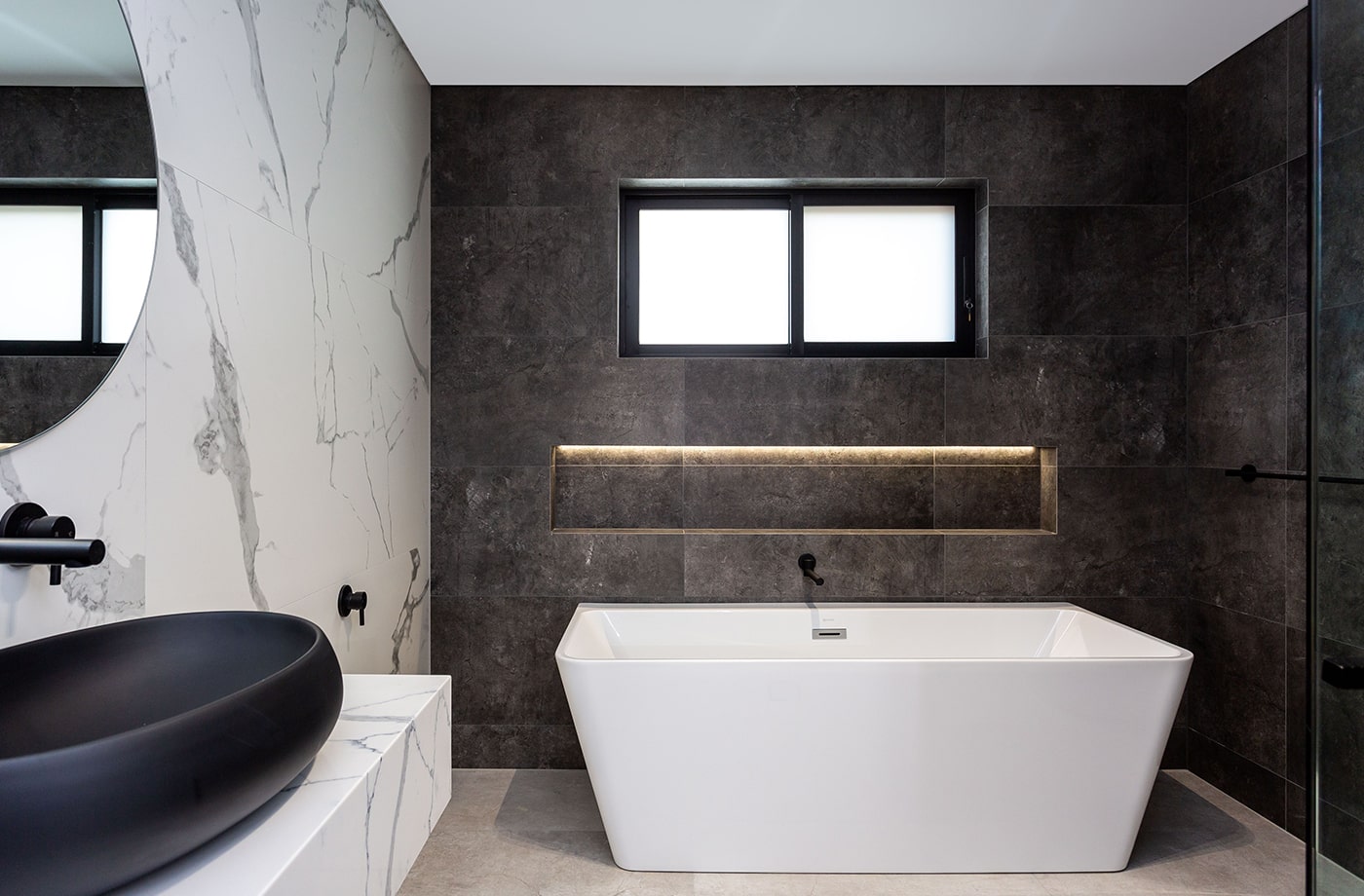 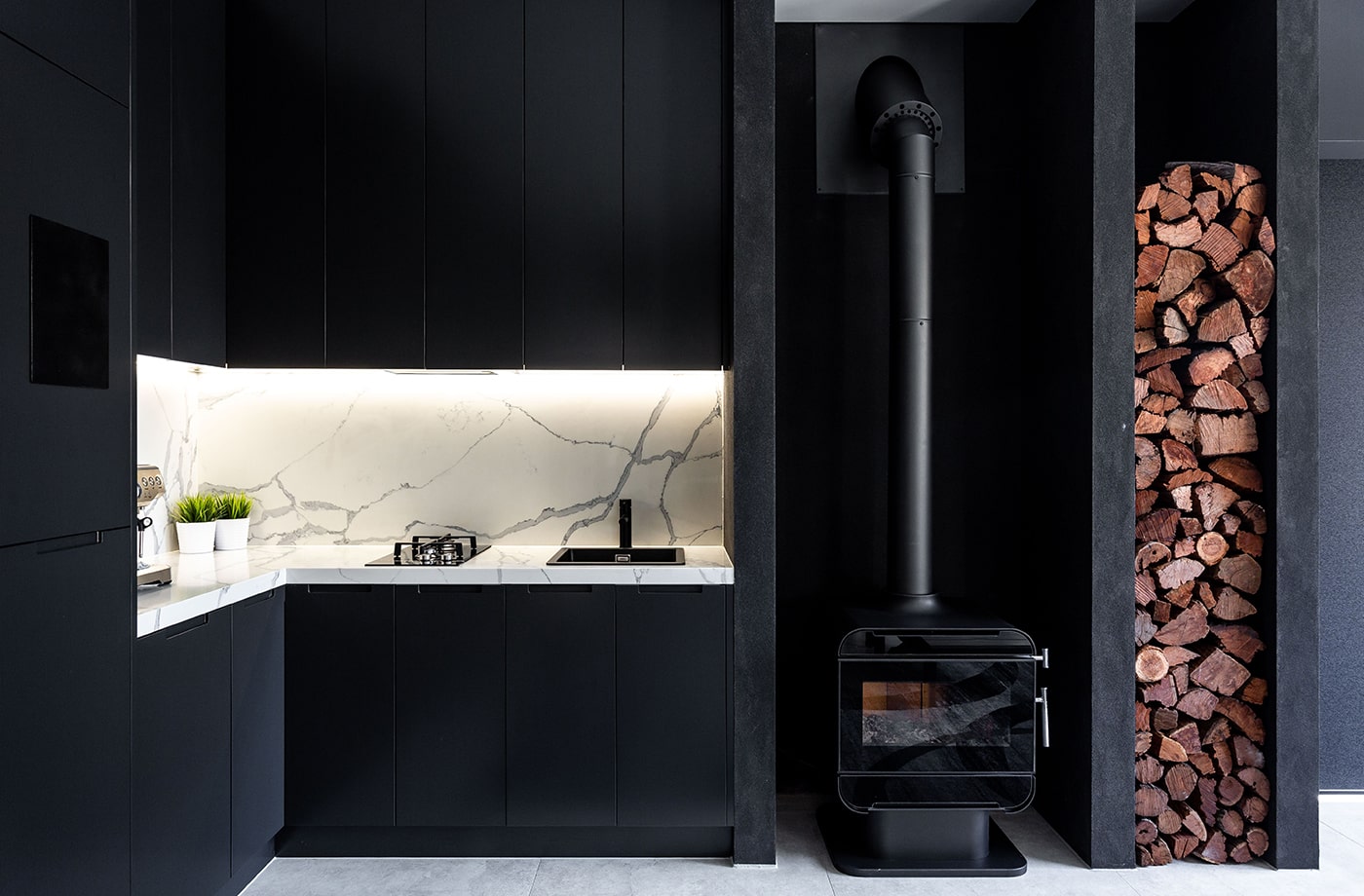 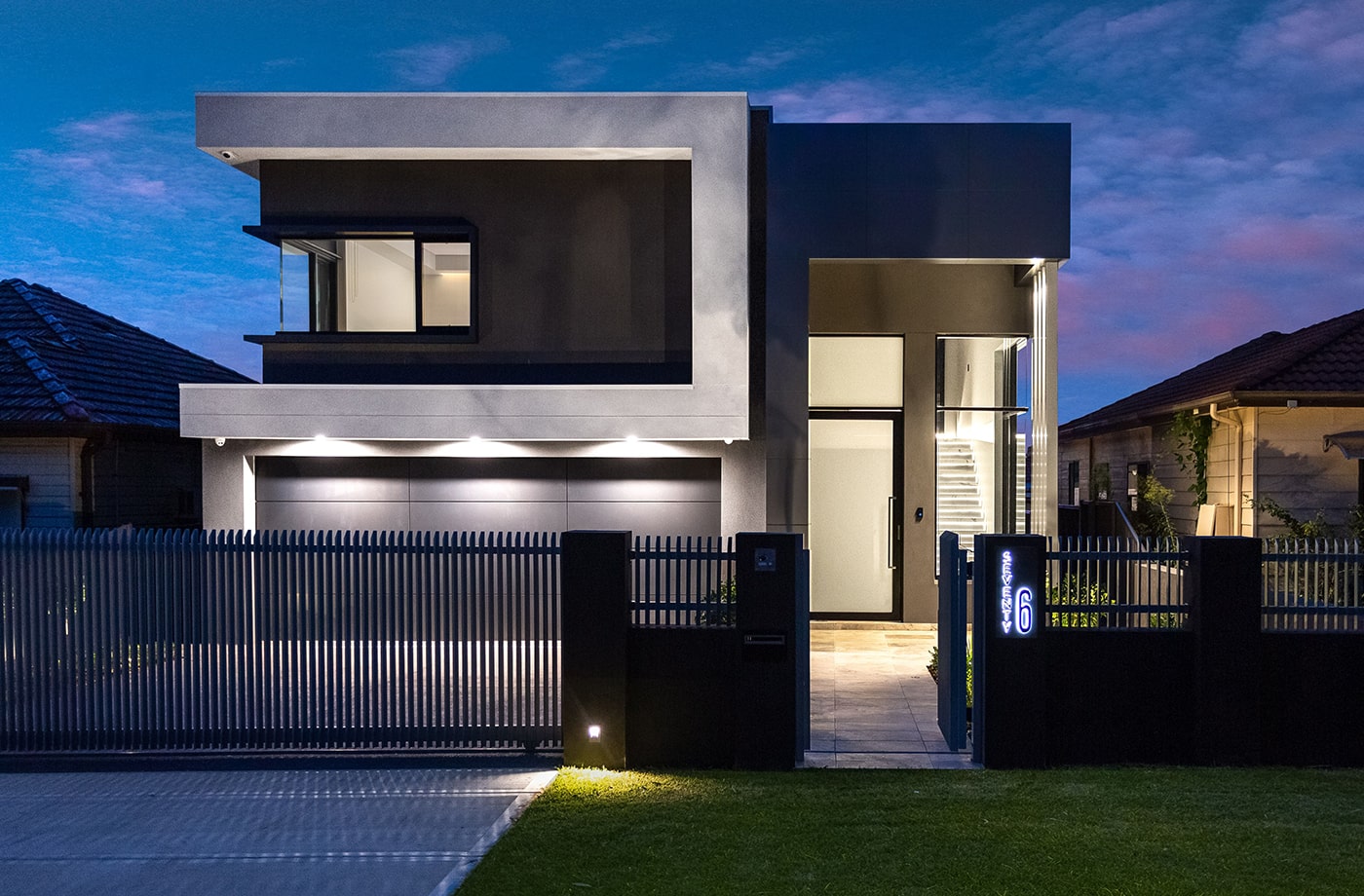 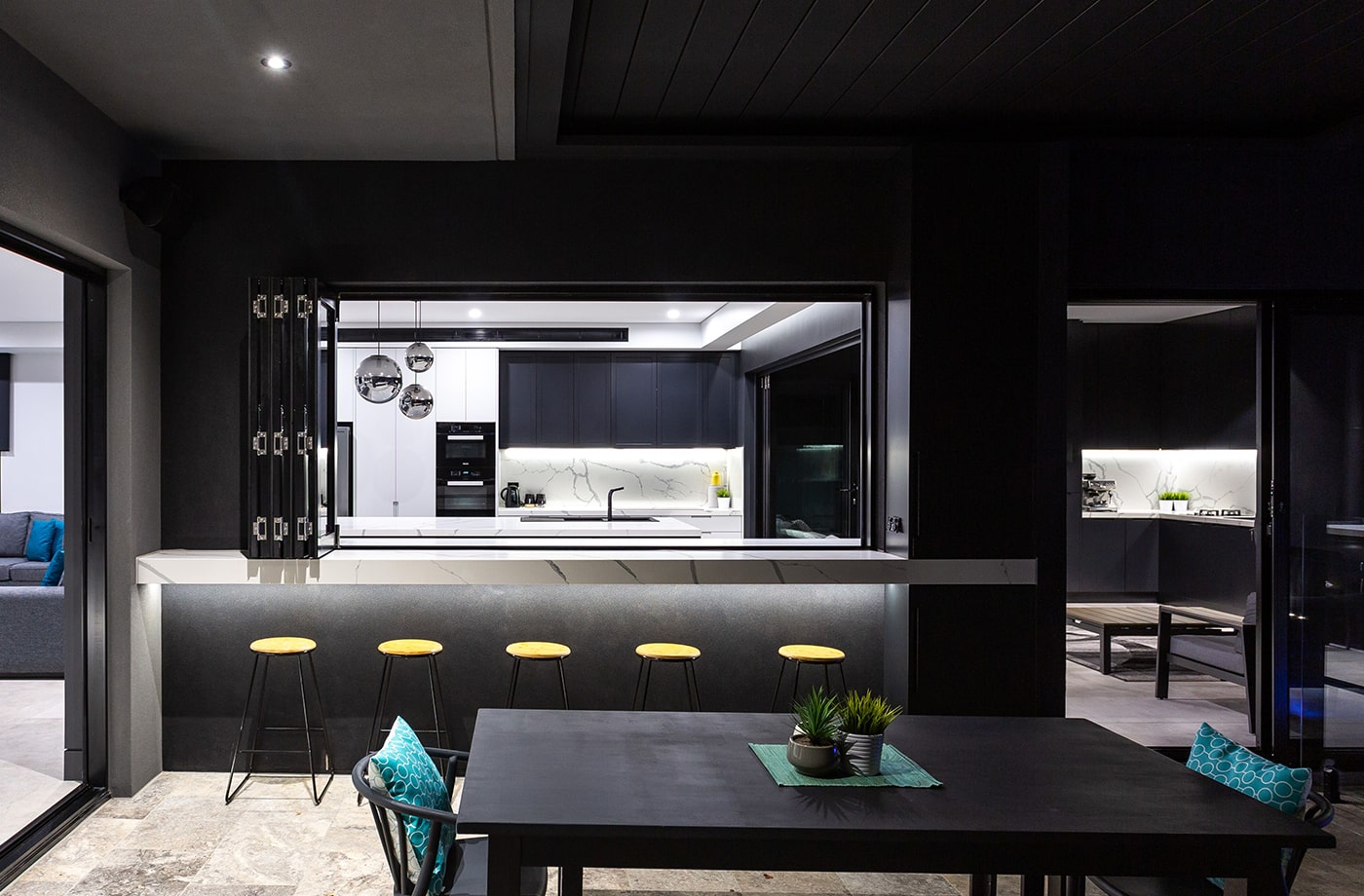 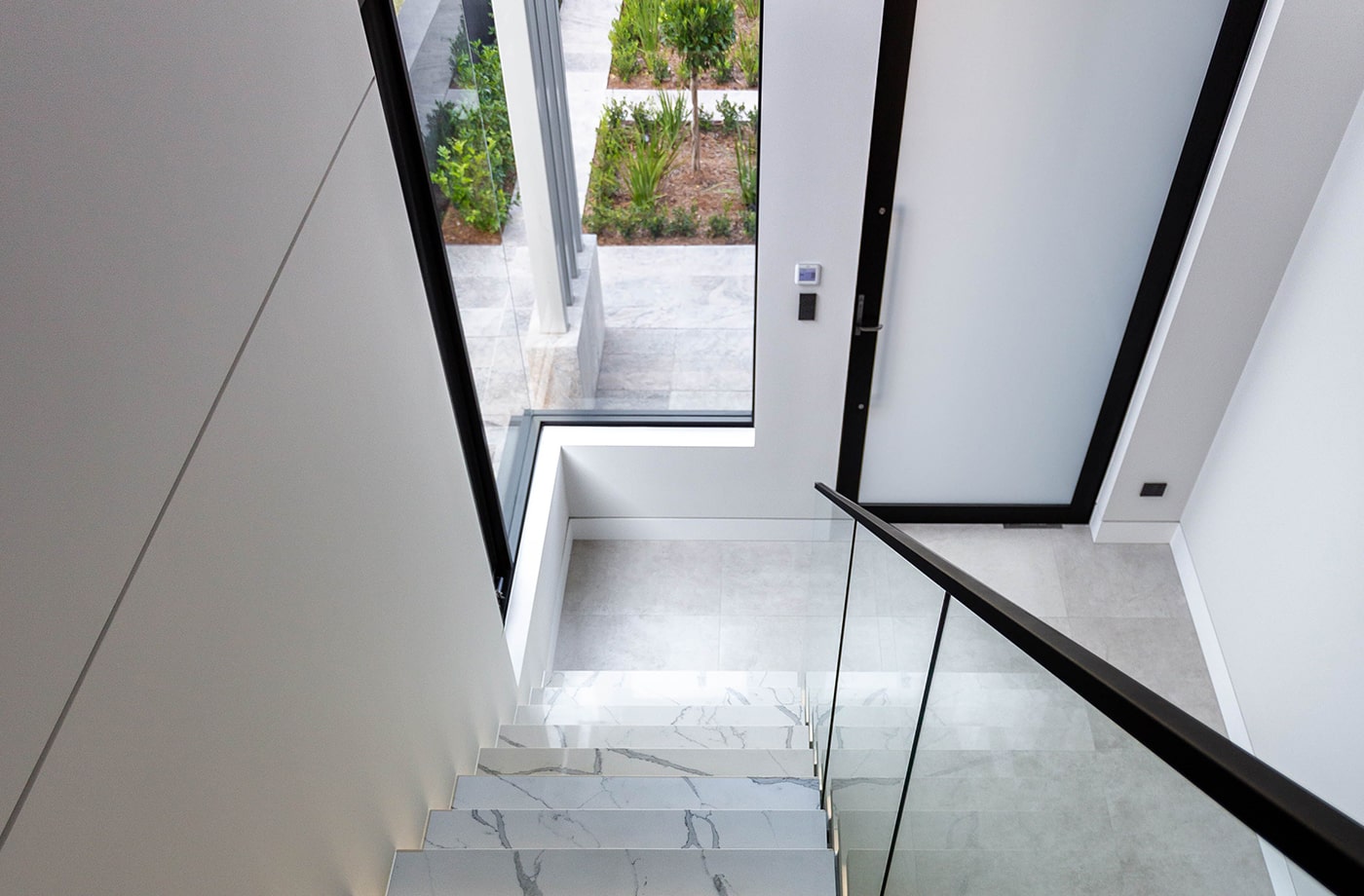 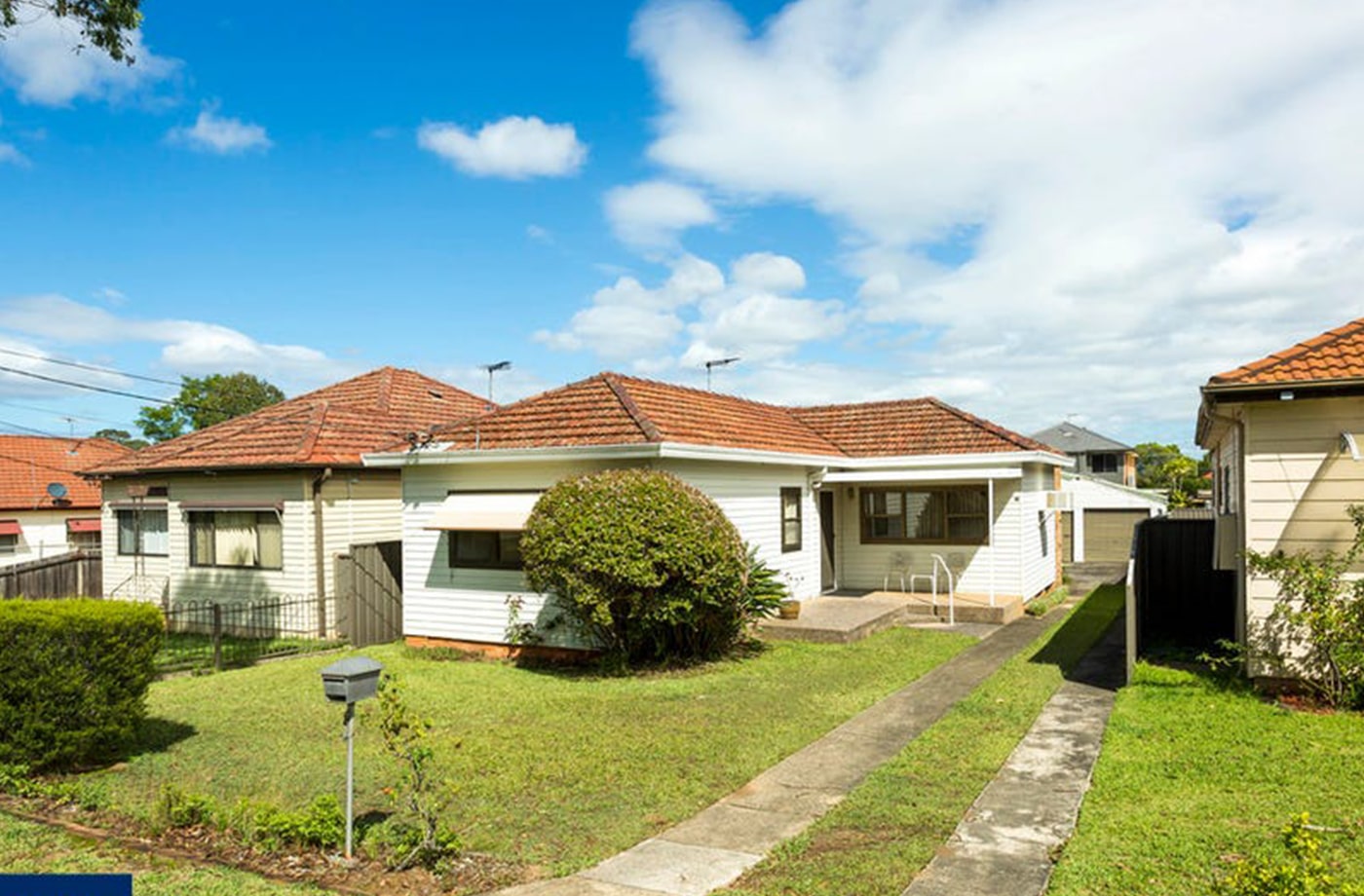 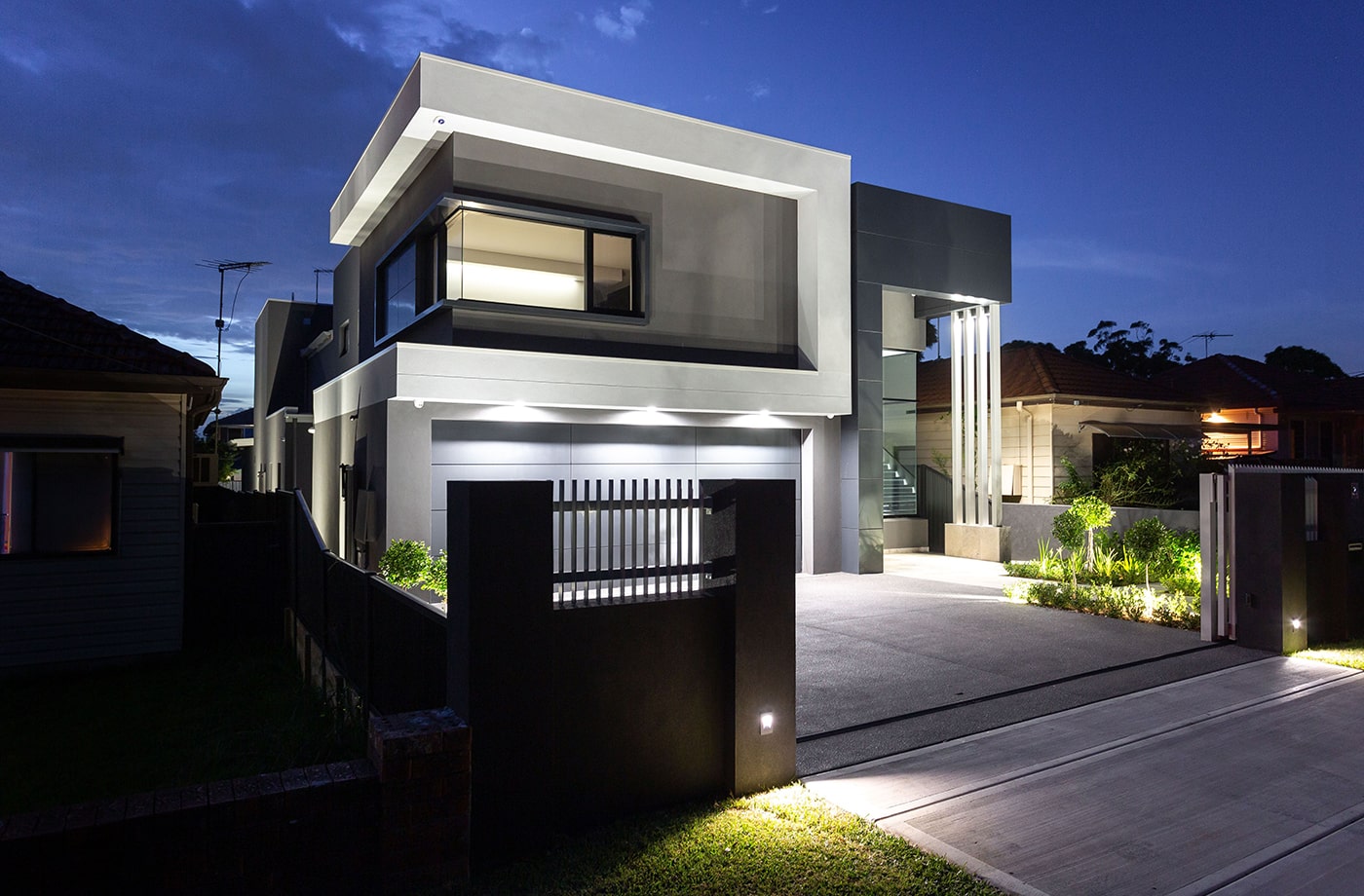 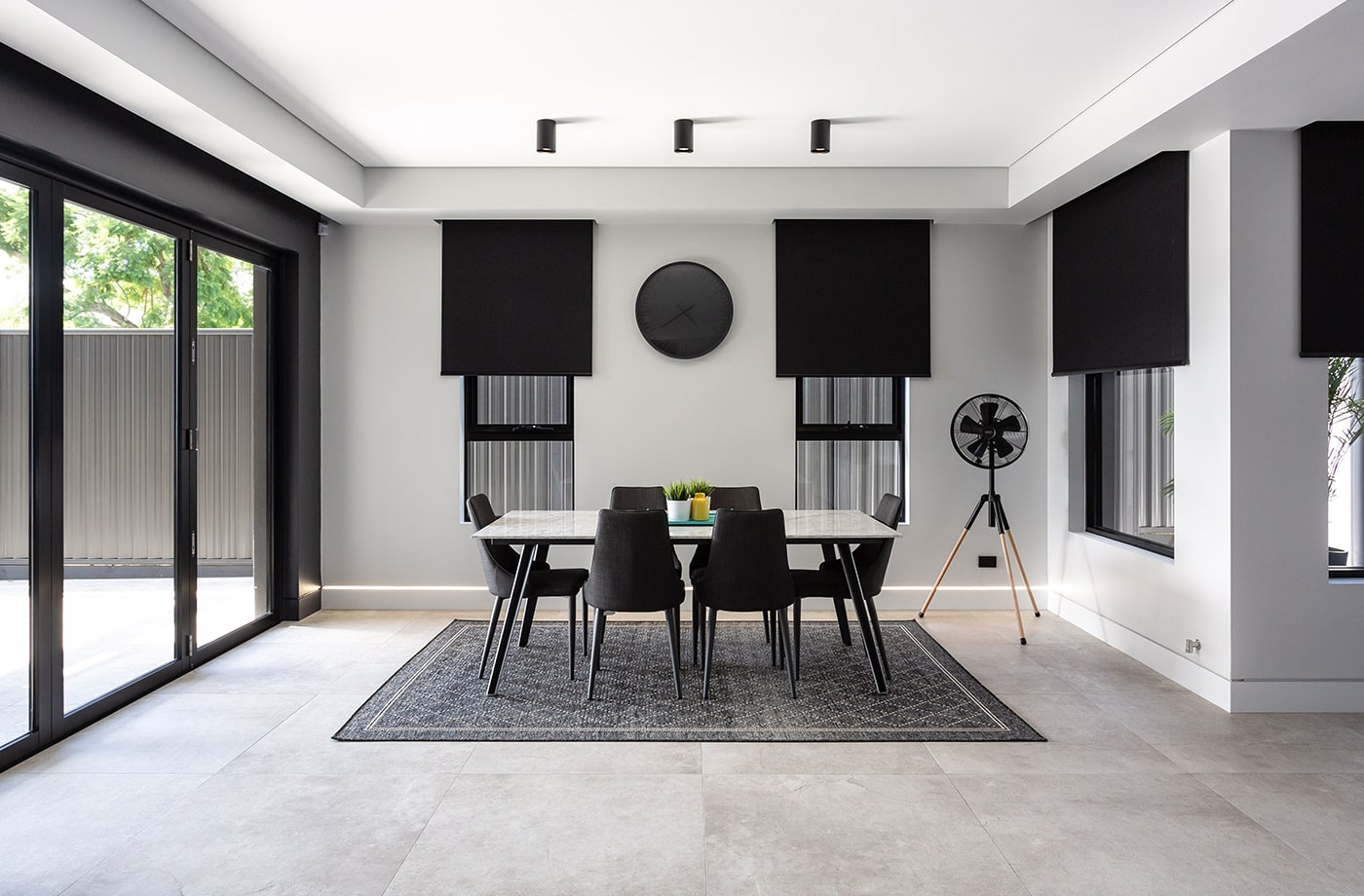 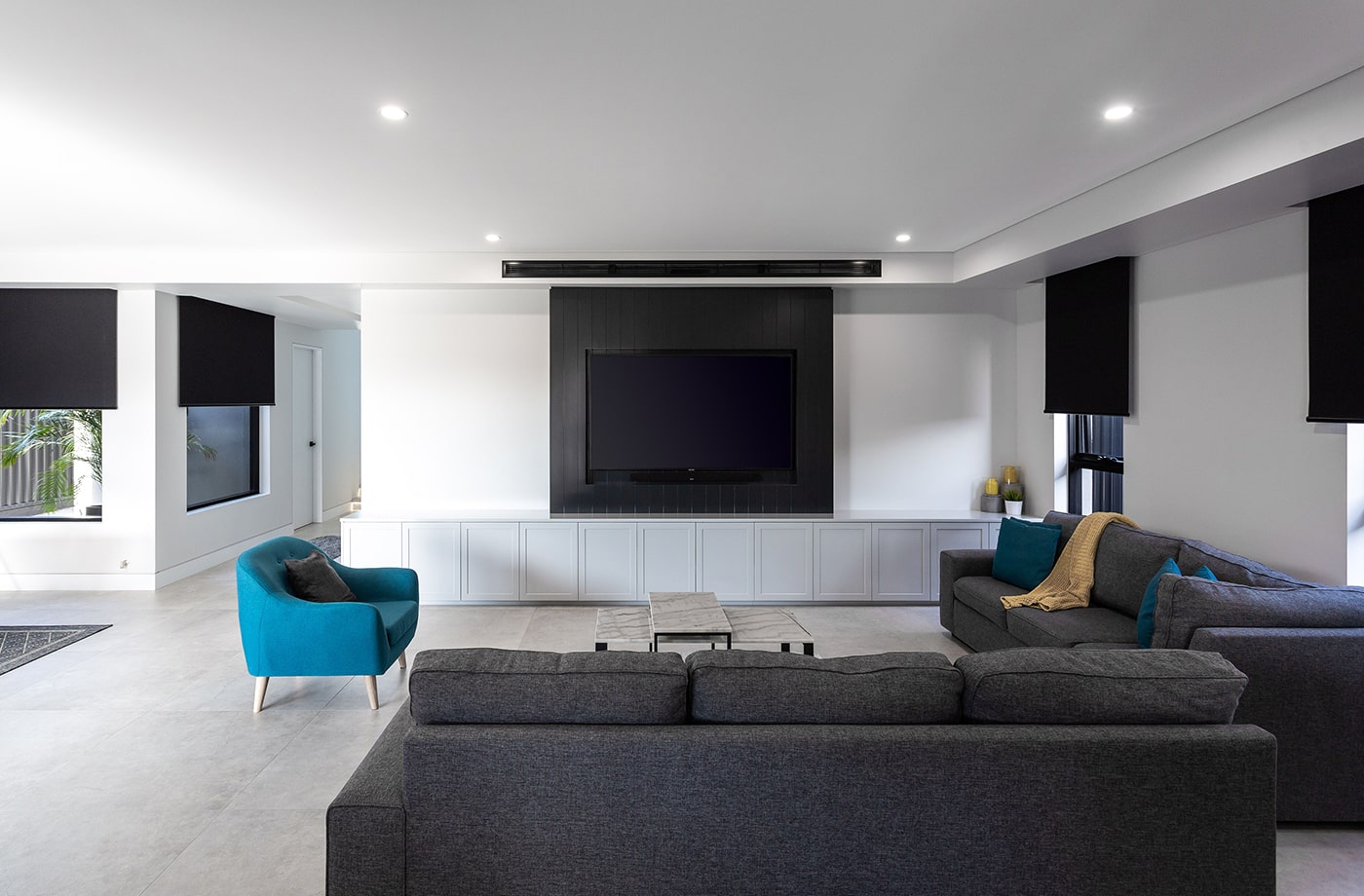 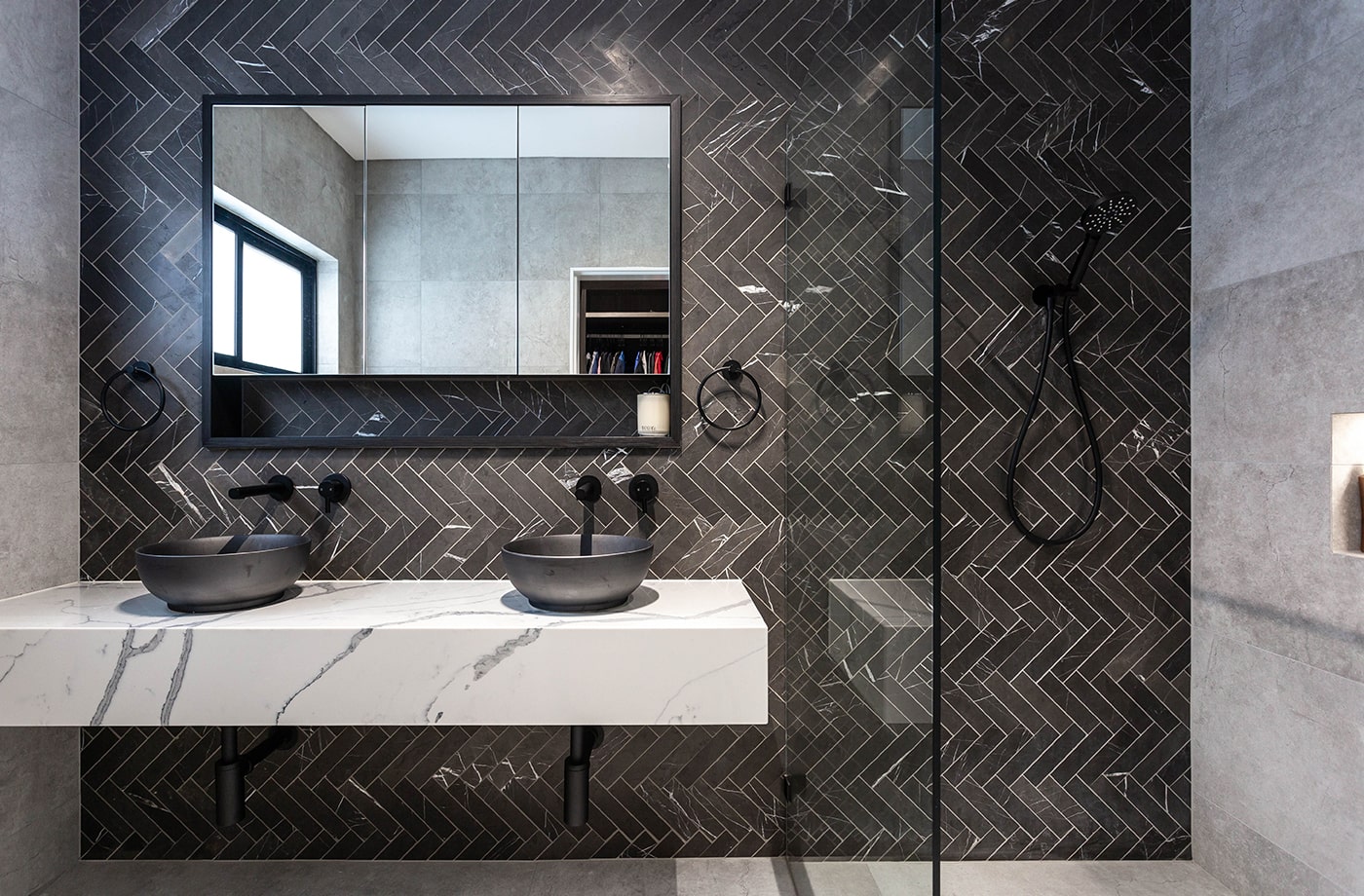 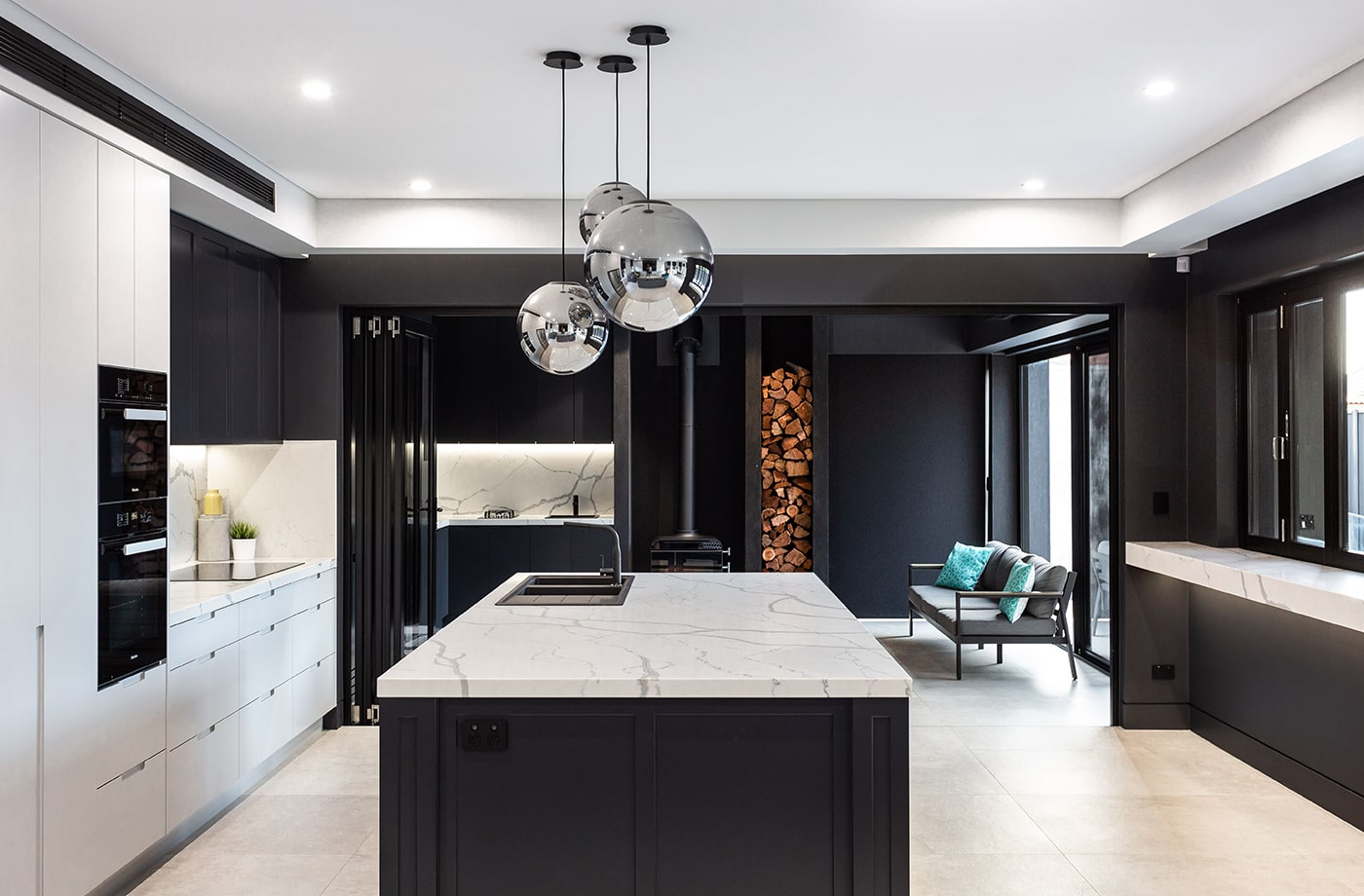 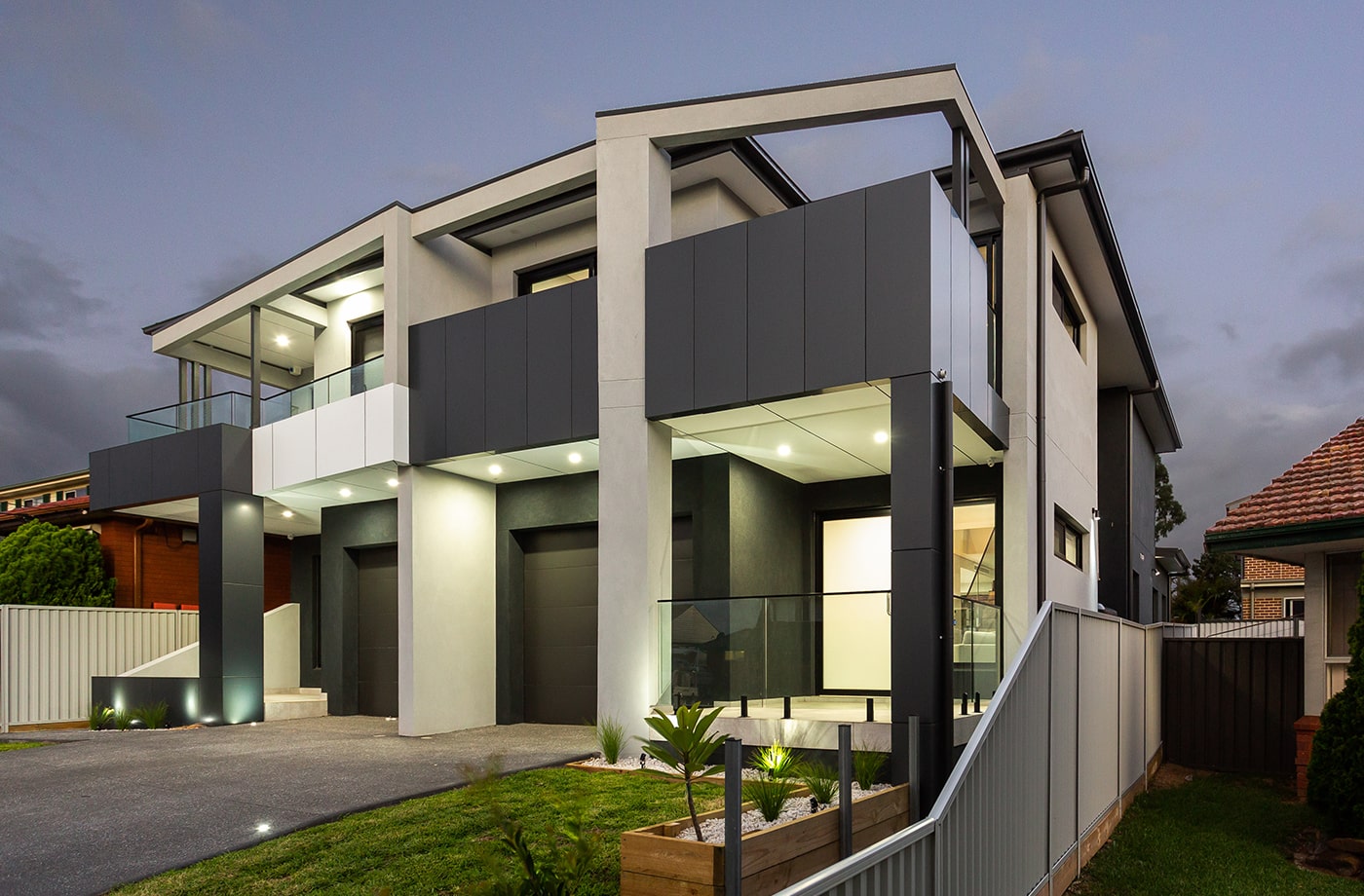 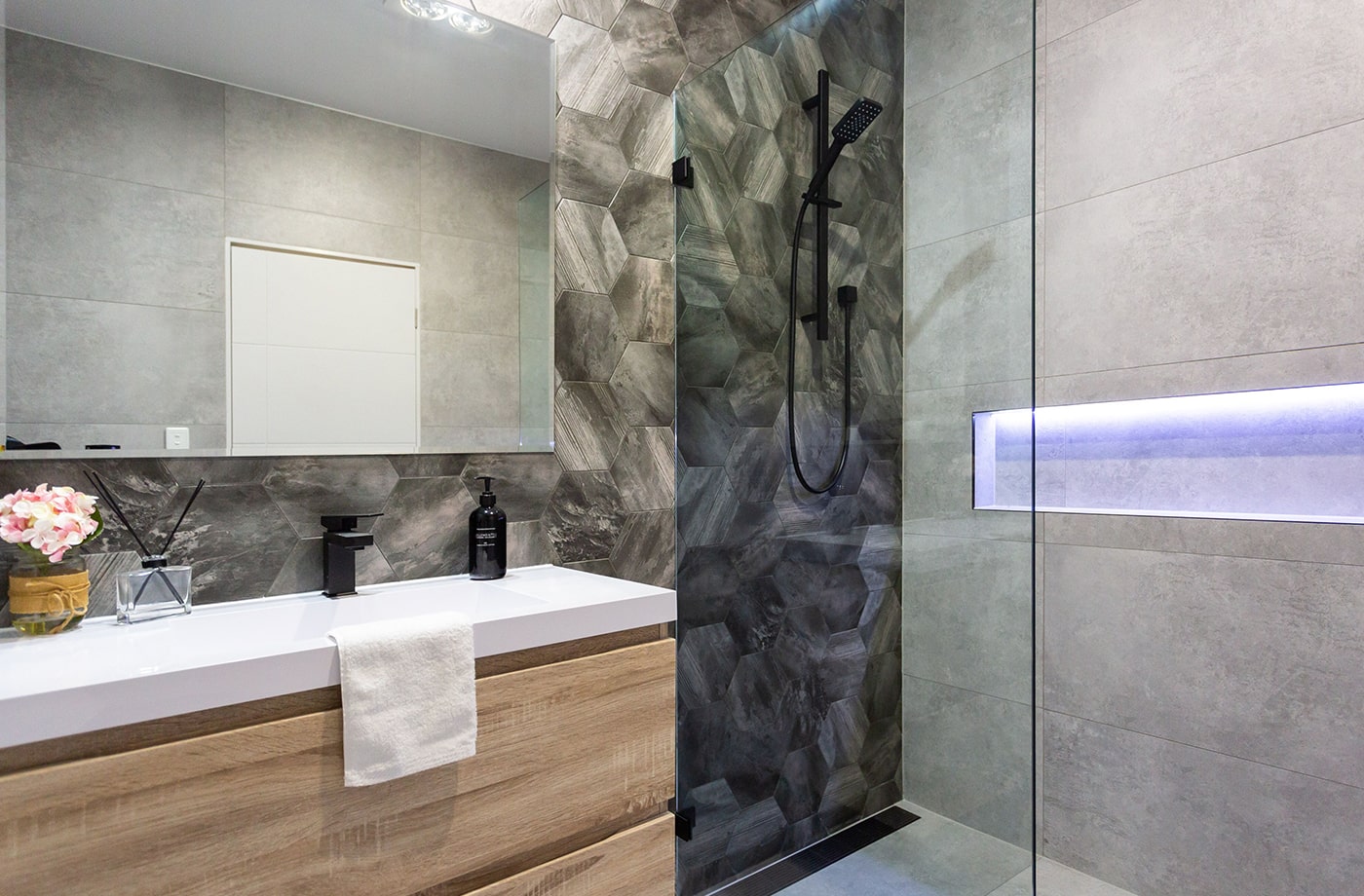 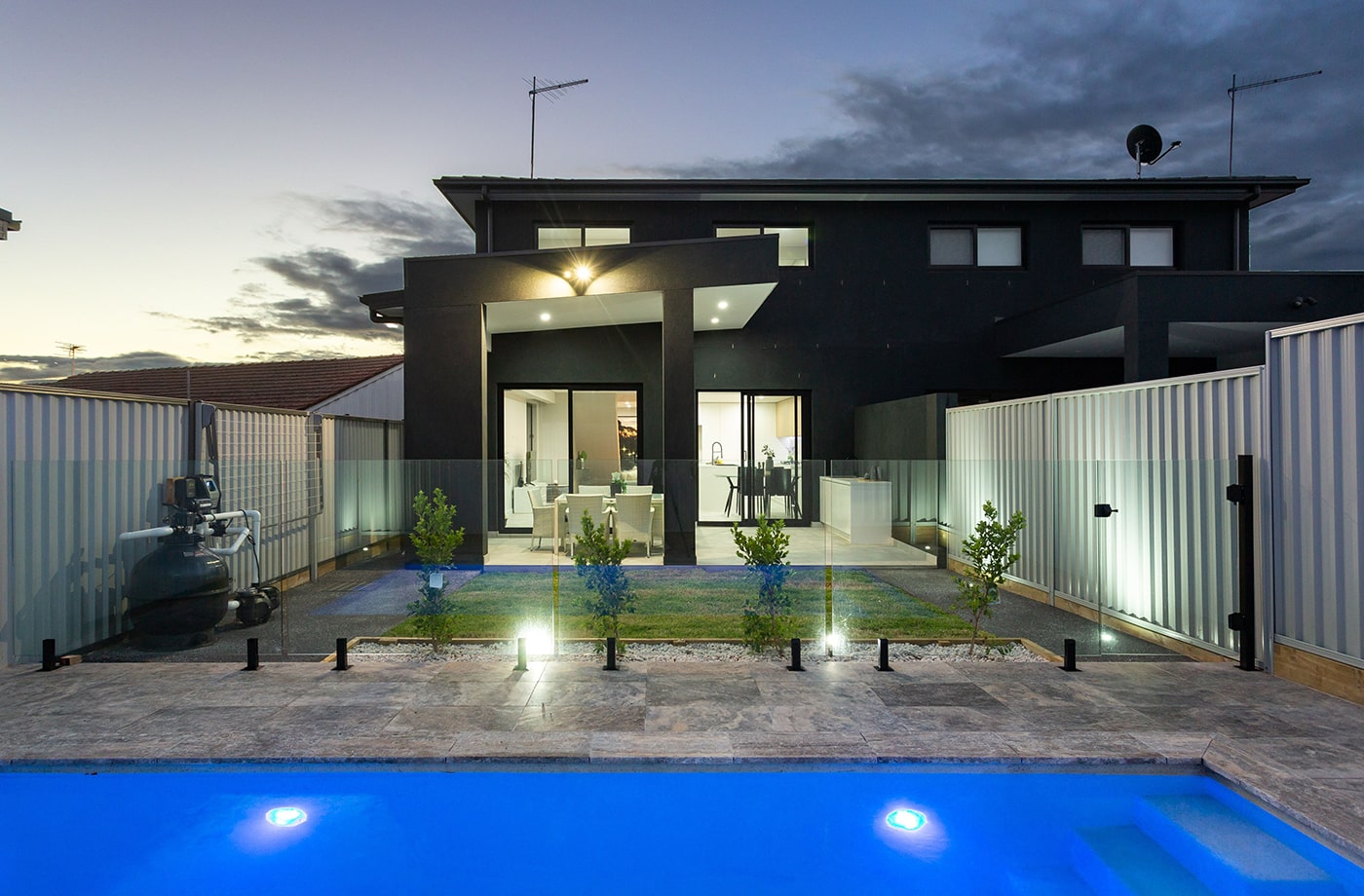 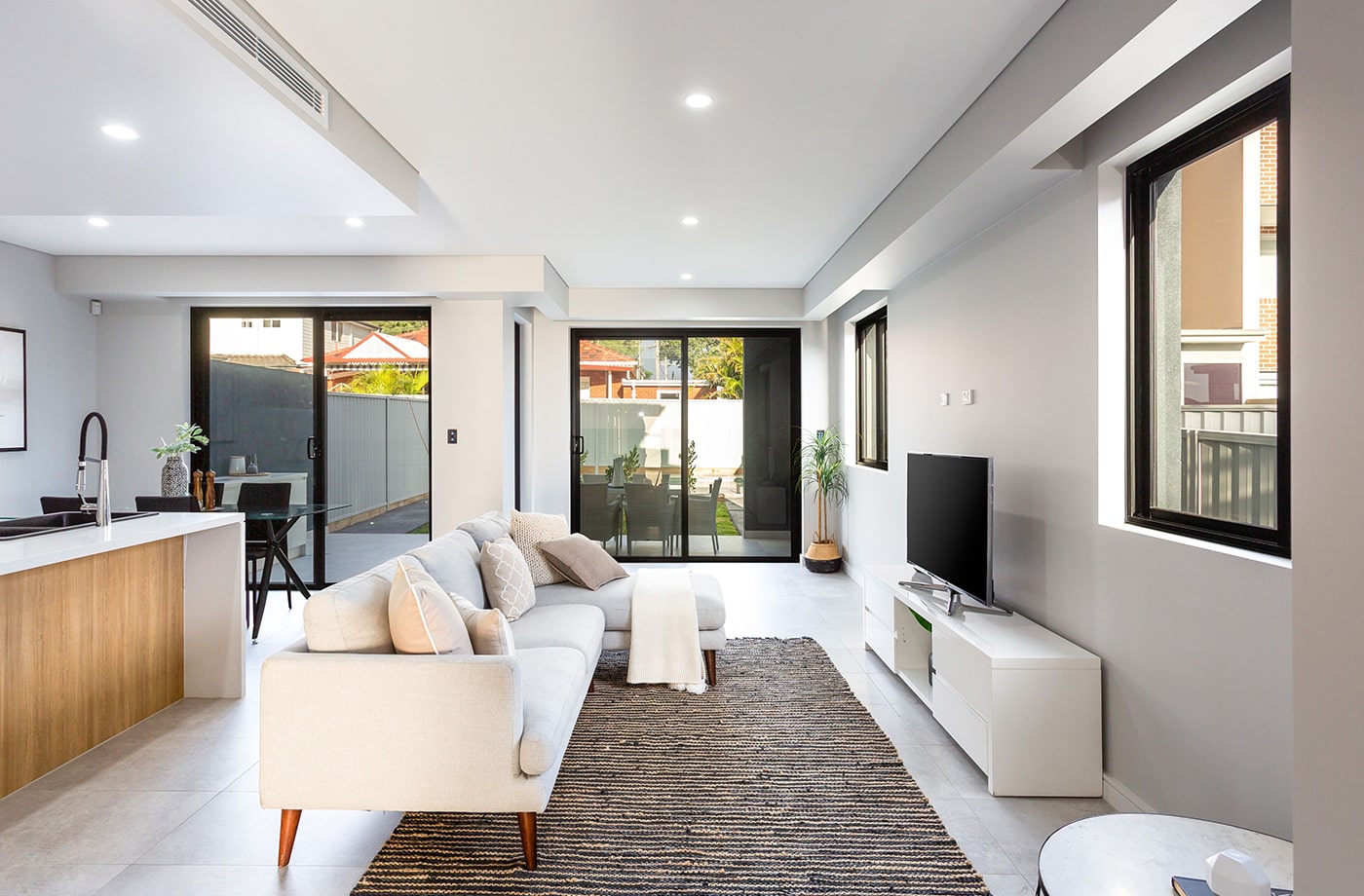 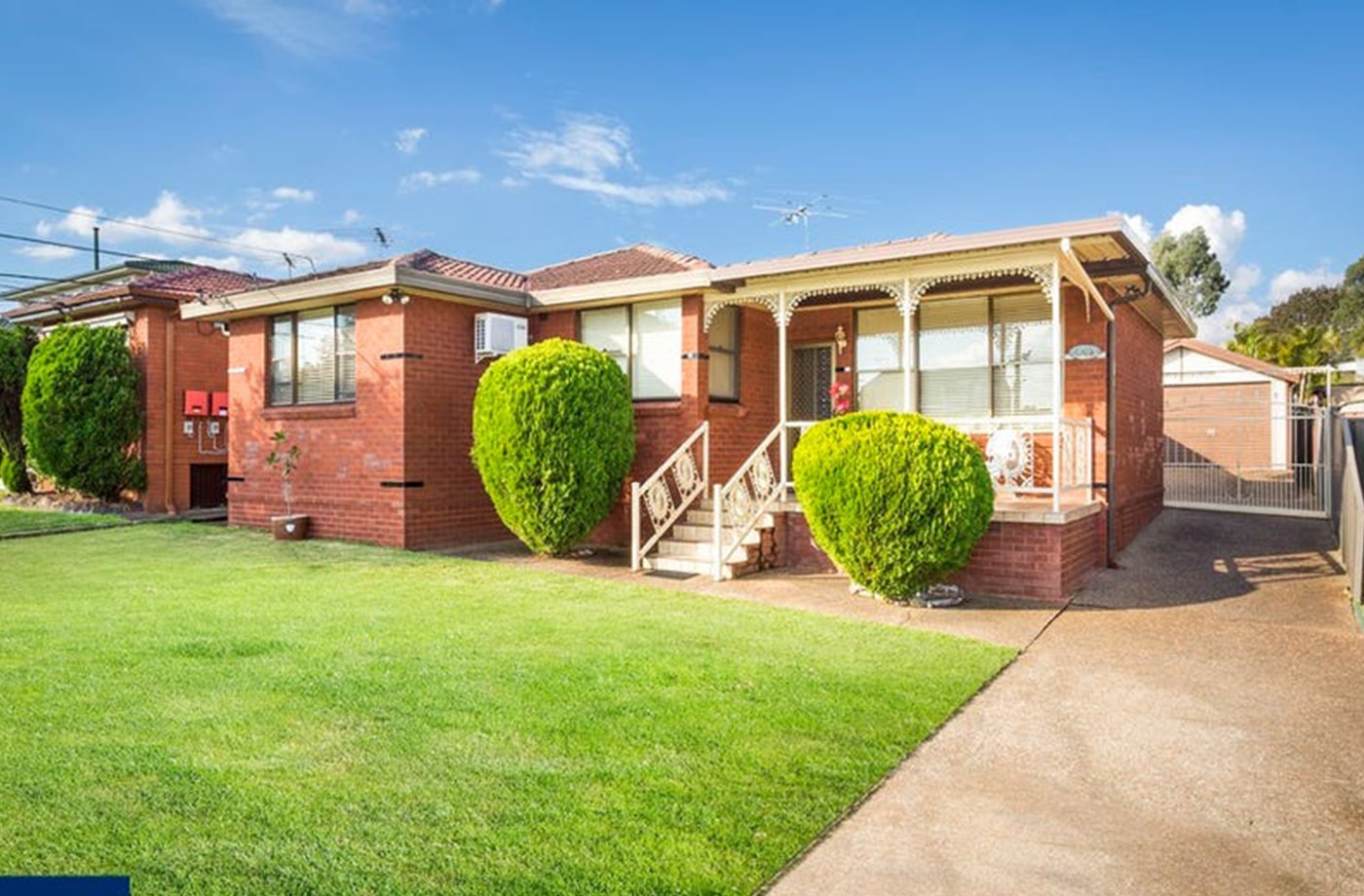 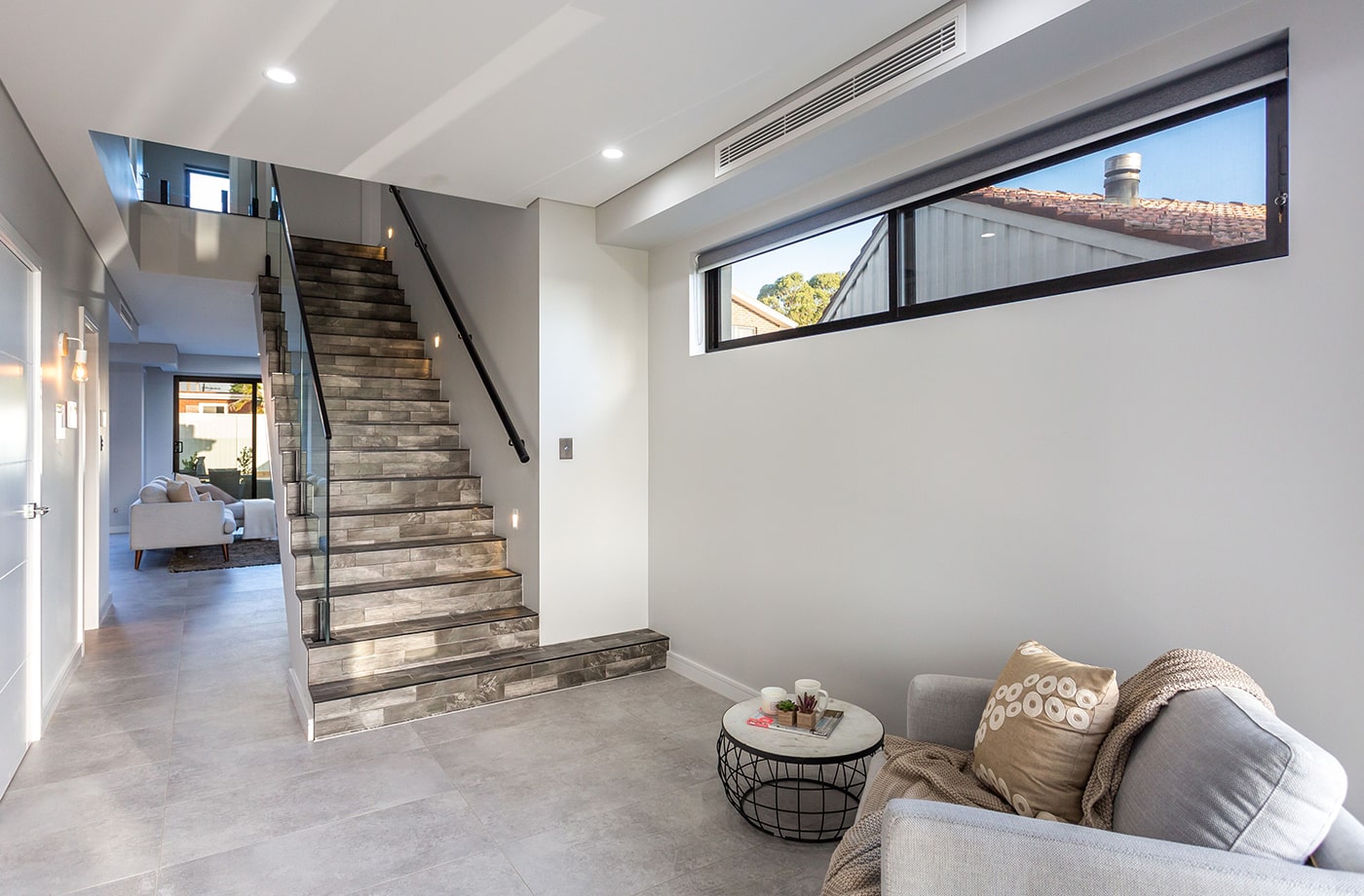 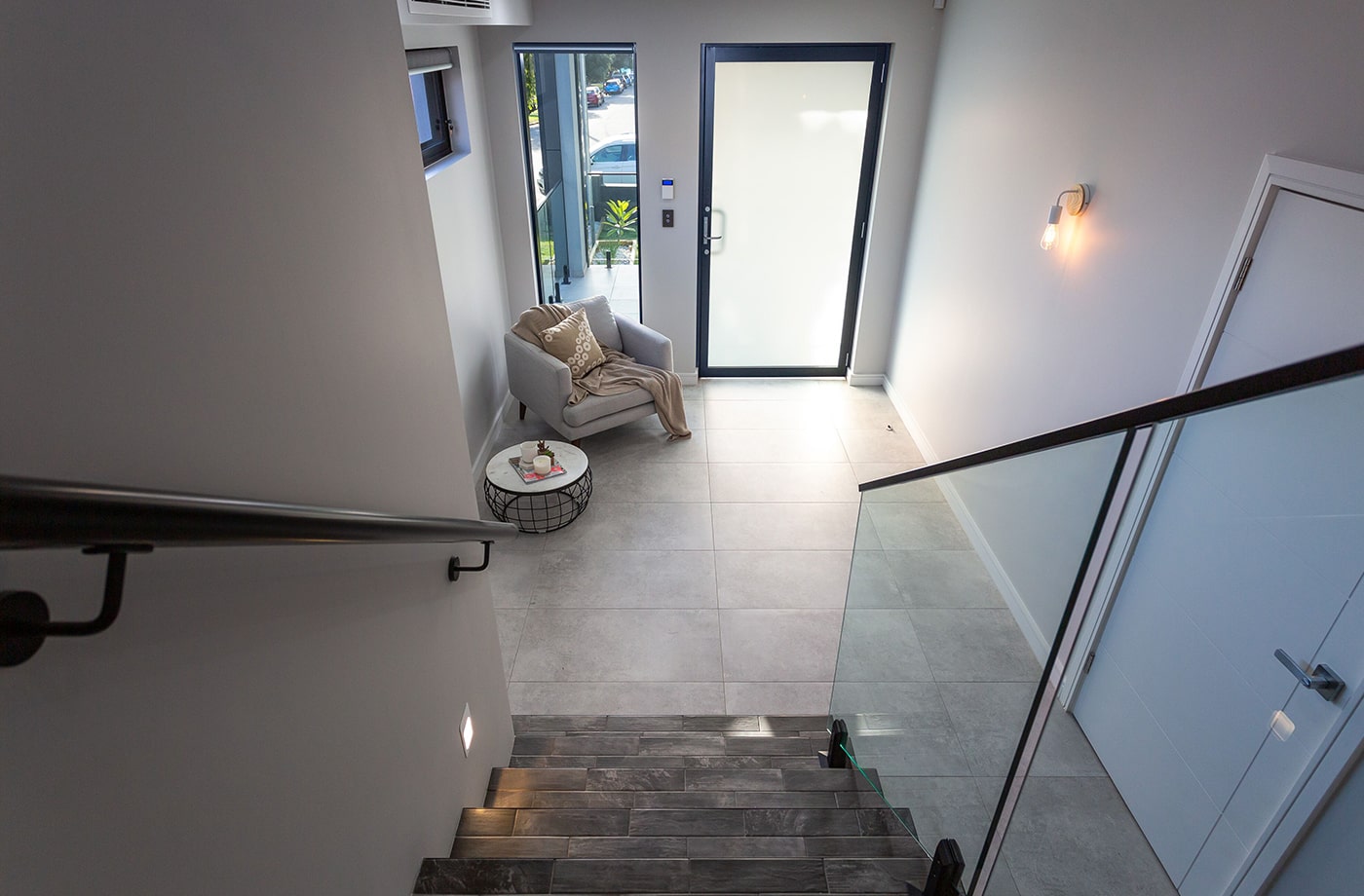 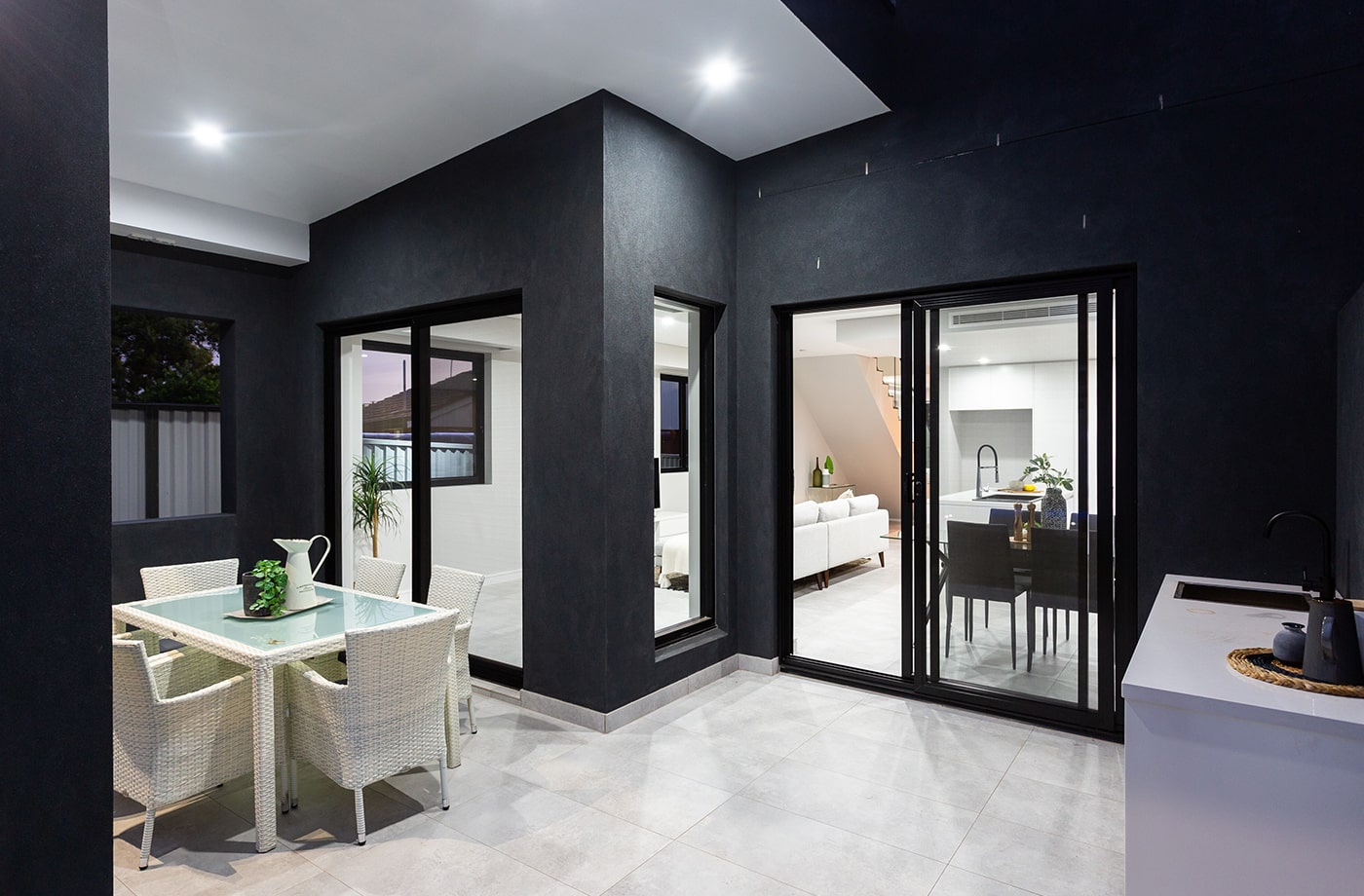 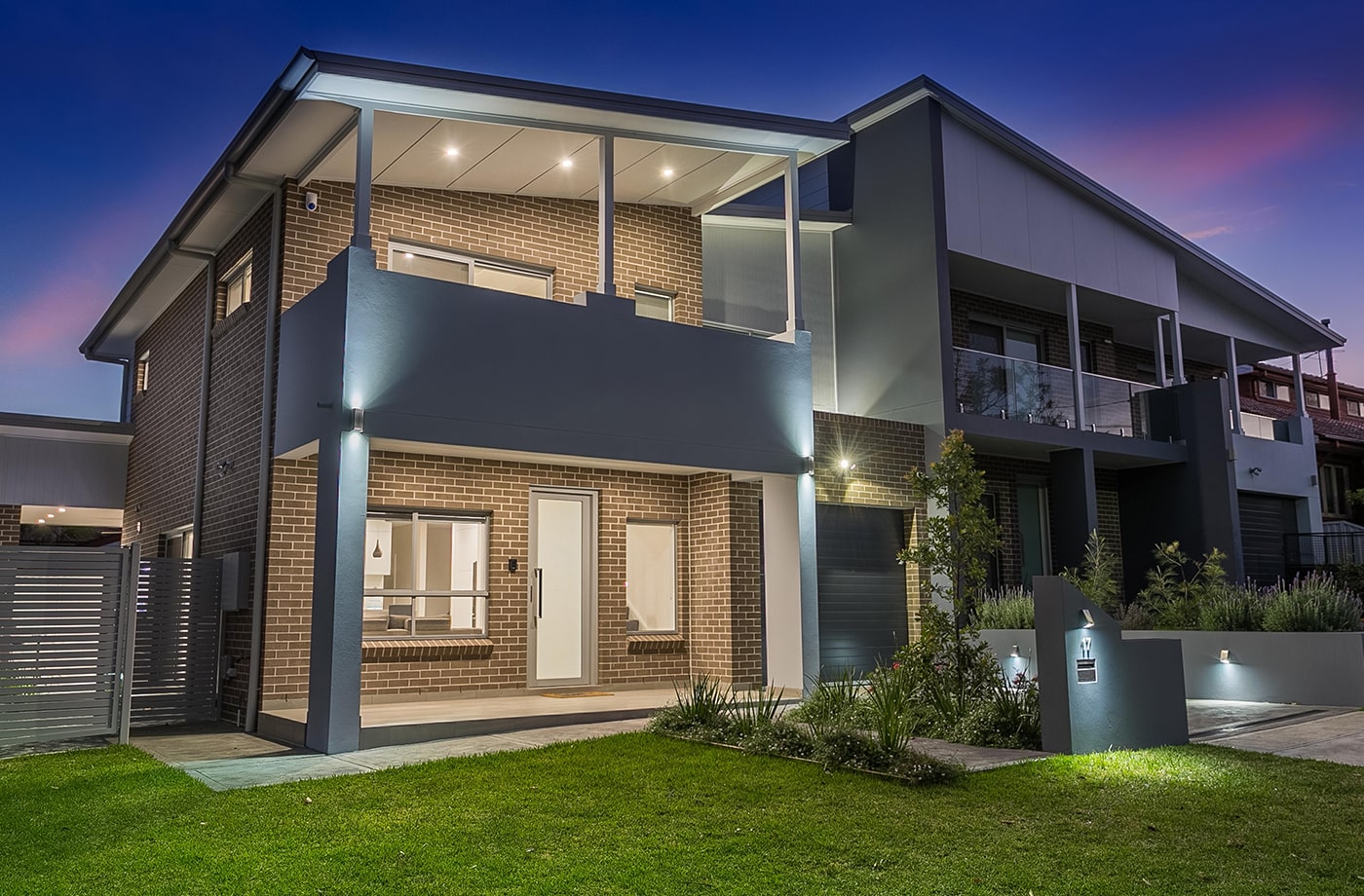 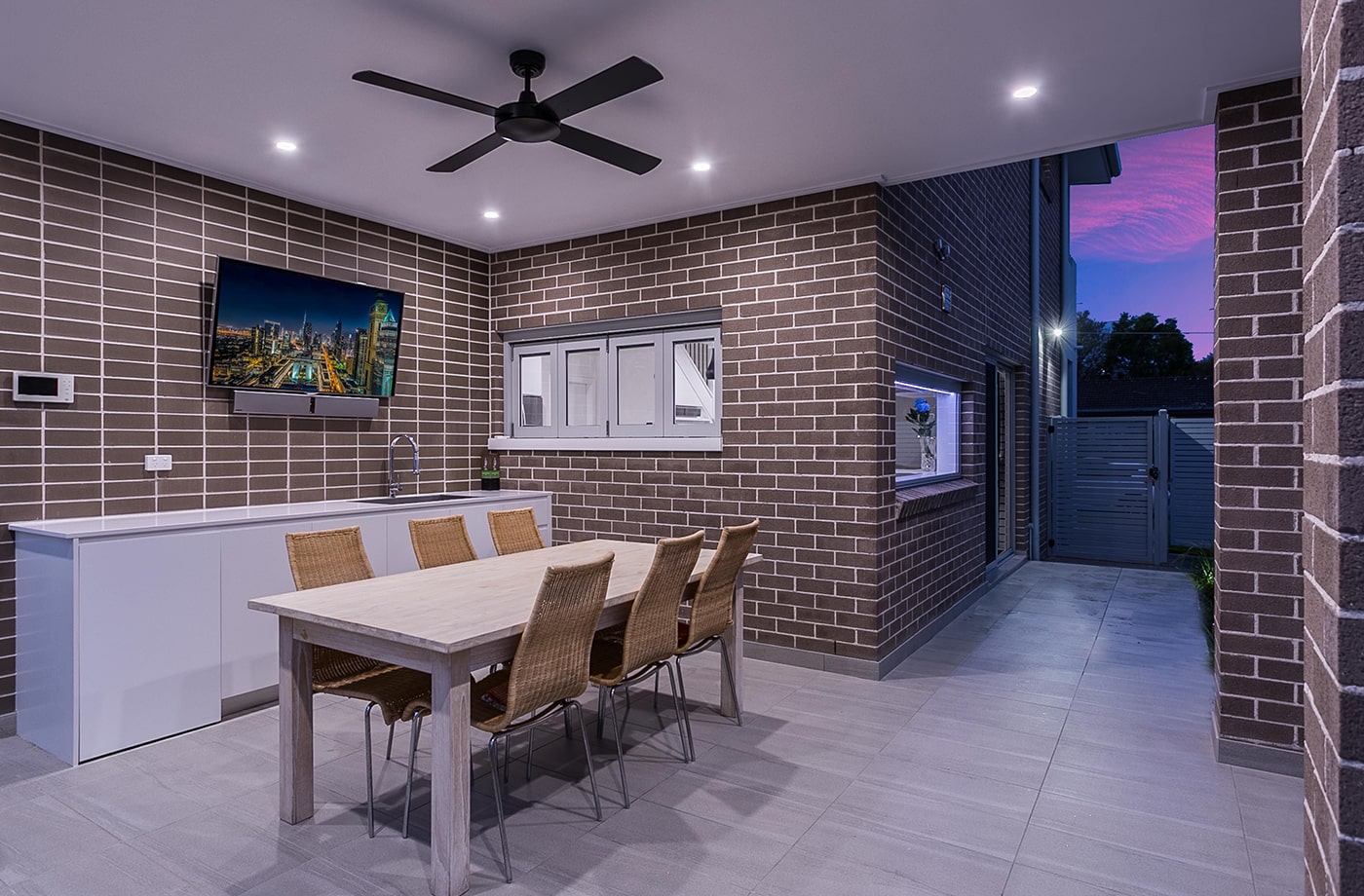 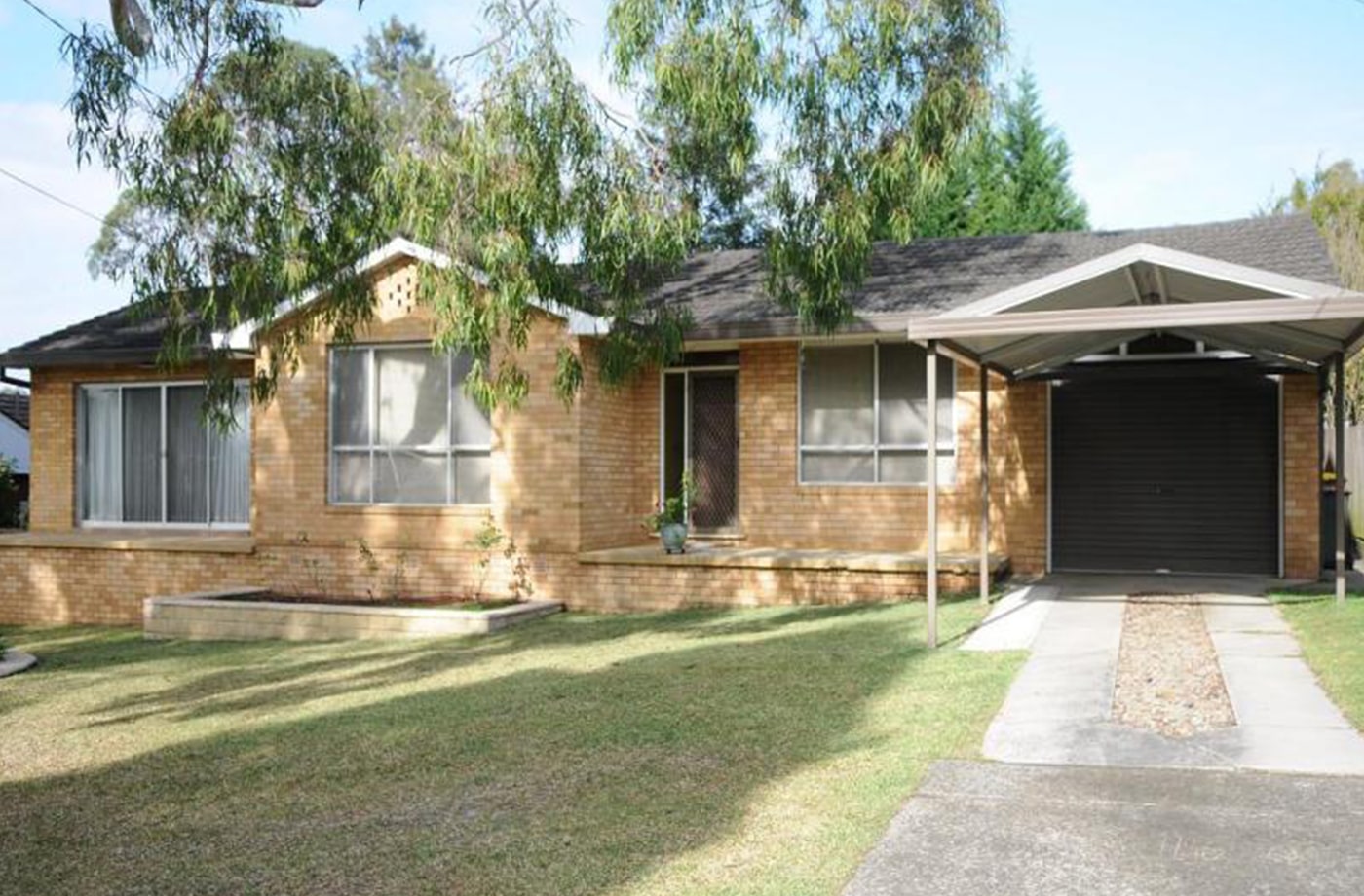 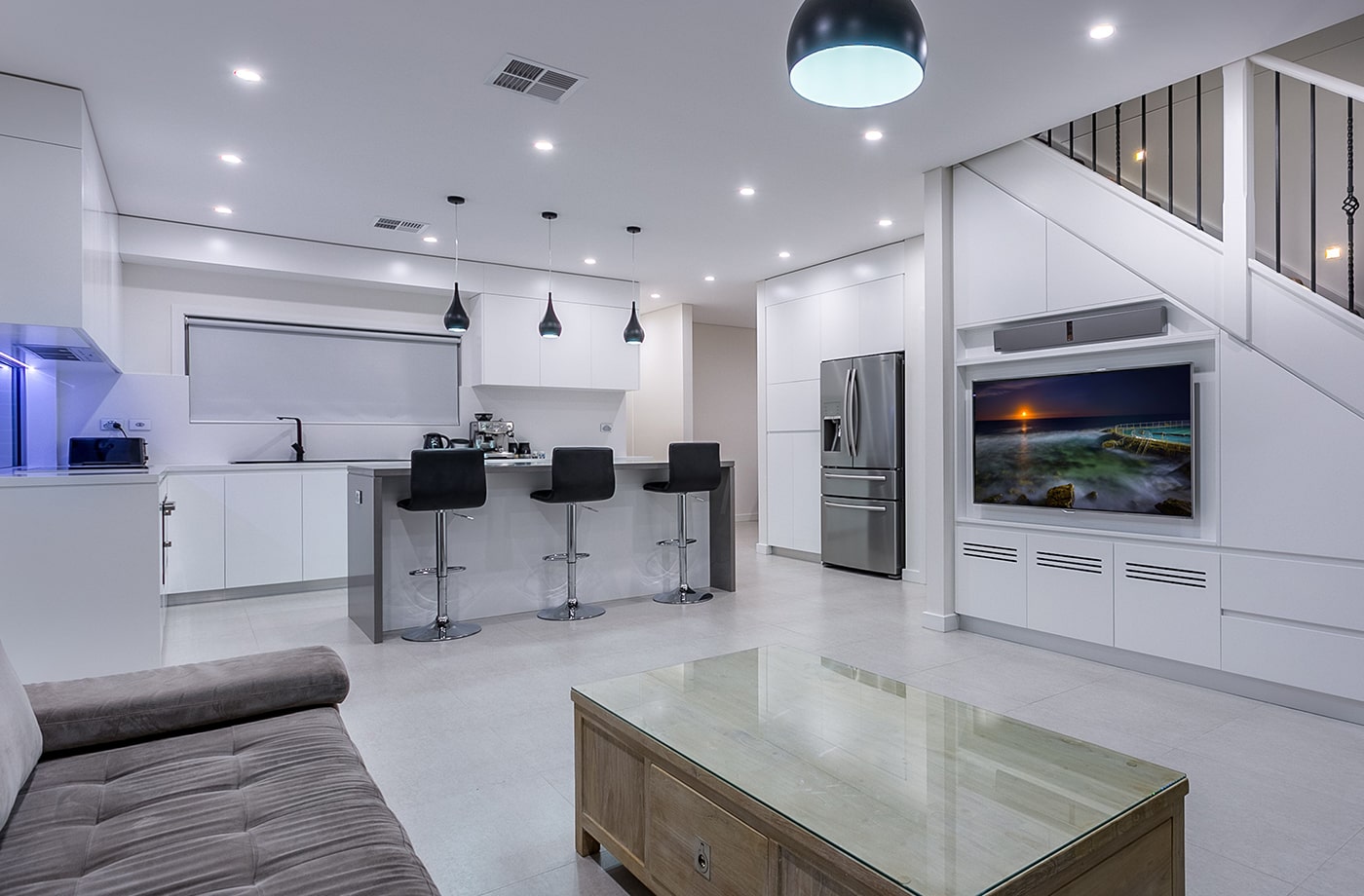 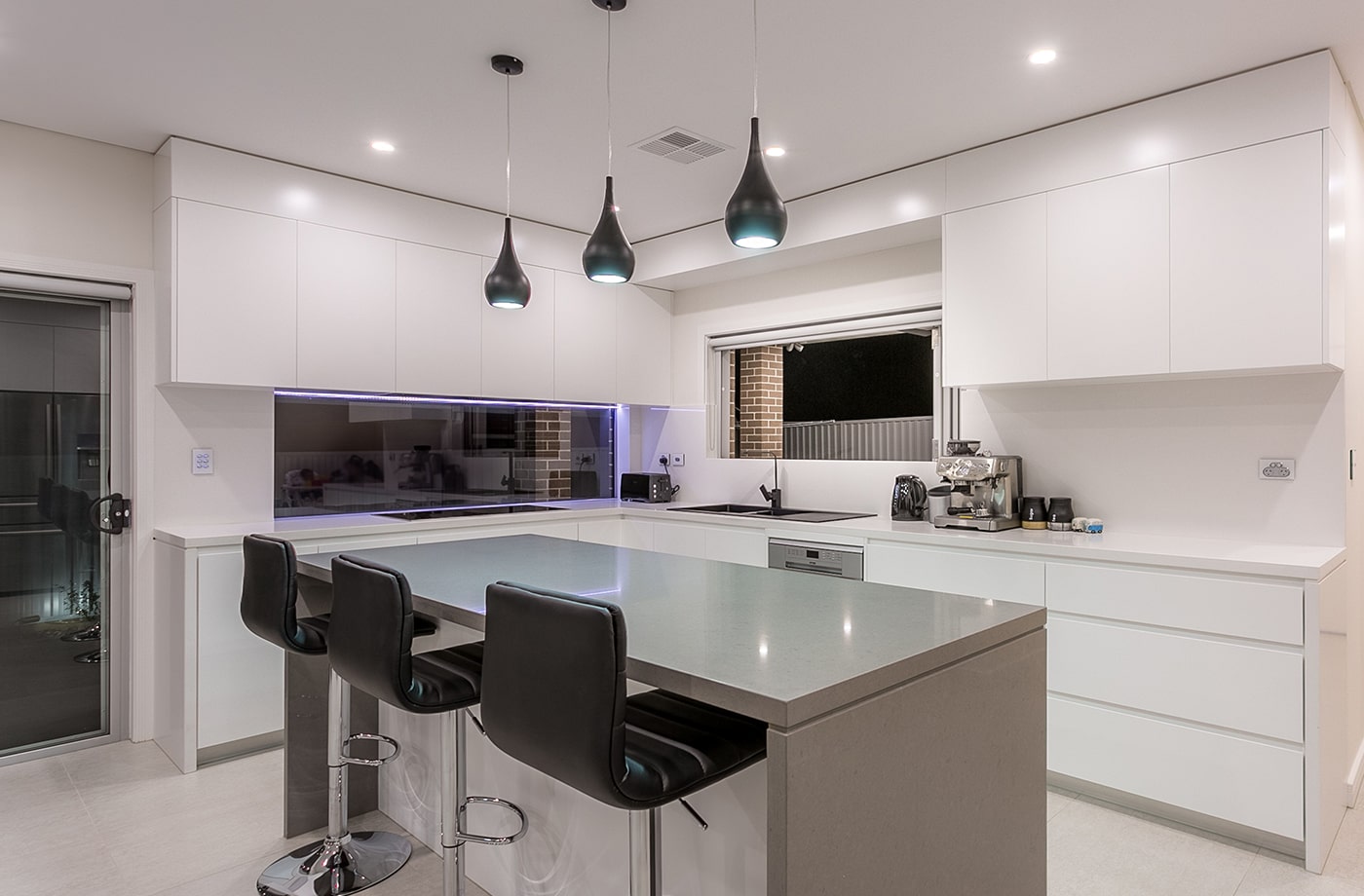 And all that from someone who had no idea what to do when he first started. Not bad huh? And as Ali says, “if I can do it, anyone can!”.

Here’s what’s waiting for you inside Momentum

Setting you up for success

After your welcome call, this module takes you through how to get the most from Momentum with an introduction to the fundamentals of property development and property investment.

The secret to your success

Discover what’s really been holding you back and how to let go and achieve more than you ever thought possible with practical activities to move you into the growth mindset you need to succeed.

Learn how to find the right finance for your projects to save money, proactively manage your cashflow, and where and how to find funding.

What to research to make the right decision

Find out who you need on your team to make your projects run smoothly, how to protect yourself from risk, and how to find the right deal.

Do the numbers that matter

Make sure your numbers stack up – with the calculations that matter – so you deliver a profitable project.

Create the right structure for success

Everyone is different, so you’ll learn about the type of structures and strategies that suit your property development goals, including company and trust options.

Know what to look for when you’re buying

Learn how to negotiate to make your projects more profitable, including what to look for to make sure you’re on top of what’s really going on with the legals.

Build your own ‘A-Team’

Find out which sites and suits you need on your team to keep your whole project running smoothly, from purchase through to approval and build.

The build process is when s**t feels more real and exciting. You’ll learn how to manage timing, keep track of numbers, manage contractors, and the options for managing the whole project.

Going to market for the best sale price

Cha-ching! Time to put your project on the market. Get the best sale price with the right styling and staging, agent and negotiation tactics, then calculate GST payable and total profit.

BONUS module: Building your development business
Look the business to grow your business
If you want to scale your business and attract investors, the right team and buyers, you need to look professional. In this bonus module, you’ll learn how with pro branding techniques.

BONUS: Action plan
Your personalised plan to make s**t happen
With our step-by-step checklist you’ll put together a plan that suits your current situation and goals so you know what to do and can take that first step.

Your time is valuable. That’s why with Momentum, we leave out the boring lectures and give you the real-life know-how you need.
Get started today. It’s time to make that decision and take action:

“At some point during most developments, the sh**t will hit the fan. But that’s without the right education and system. In Momentum, you get the knowledge, tools and support you need to save you from expensive, stressful mistakes.”

When you join Momentum, you get instant access to the full course with short, smart video lessons, calculators, tools and exercises that transform you from overwhelmed beginner to property developer. You’re also instantly part of a community of people like you who are getting s**t done.
Here’s what you get when you enrol in Momentum:

If you’re reading this, it’s because you want to make money from property but you haven’t started.

So let me ask you something: if nothing changes, how will your life look one year from now?

It’s time to step into that awesome version of you… the one who makes their family and themselves proud by taking inspired action. Join a course and community where you’ll not only learn what’s possible but also how to achieve it.

What can I expect from Momentum?

First up, we’ll have a 1-on-1 welcome call to kickstart your journey to becoming a developer. Then you get access to everything you need: the short video lessons, tools, calculators, worksheets and real-life case studies. And did we mention our awesome Developers Hub online community? It’s a safe, supportive space for budding and experienced developers where you’ll get answers to your questions and get inspired as you share success stories.

How is this different to other programs?

It’s the no b.s. practical stuff our founder Ali Rihani wishes he’d known instead of learning everything the hard way. That means it saves you stress, tens of thousands of dollars and countless hours learning the way most developers do.

You can find out what’s included right here

Are you offering a payment plan?

Yes, we are. Check out the details here

Can you guarantee specific results?

We love this program and we know it can transform lives. The thing we don’t know is what you’ll do with what you learn and how much commitment you’ll give. That’s why we can’t guarantee results or increased income.

What if online learning isn’t my style?

Everyone learns differently. That’s why we offer 3 options, including Momentum, Evolve and Amplify Live. So if online isn’t your style, how do you learn best?

With a blend of live Q&A calls, online learning, and access to real-life profitable projects

Get hands-on investing, learning and earning on a live property development project

Currently Full. Join our wait list to be one of the first to receive news information about our new development opportunities.